On Tuesday, 31 October 2017, during an effervescent and exciting evening, the most important ICT prizes in the Netherlands are awarded for the 12th time to companies, projects and people who, in the last year, have unequivocally distinguished themselves.

The winners are determined by an independent jury and the readers of Computable. Protinus IT acts as a future-oriented managed gateway between the ICT chain parties and the end user. We have been busy for a few years to explain to the market that we believe in the entire channel: from the manufacturers to (and especially) all end users with everything in between, as long as it is focussed on value chains (read added value) and unlocking specialisms. 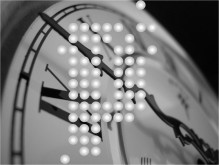